In 2015 the Marin Open Space Trust received the Marin Conservation League’s Marin Green Award for Environmental Leadership for its commitment to environmental conservation and protection of open space. The award was also acknowledged by the State Assembly and State Senate.

The Marin Green Award has been given annually since 1981 to an organization or individual making outstanding contributions toward preserving and protecting the natural assets of Marin County. Awardees are chosen by a panel of Marin Conservation League directors, members, and staff. MOST is grateful to be a recipient of this important award. 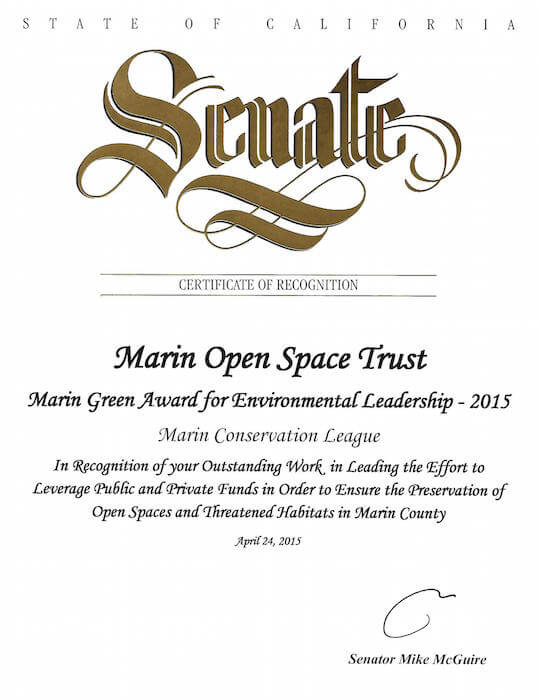 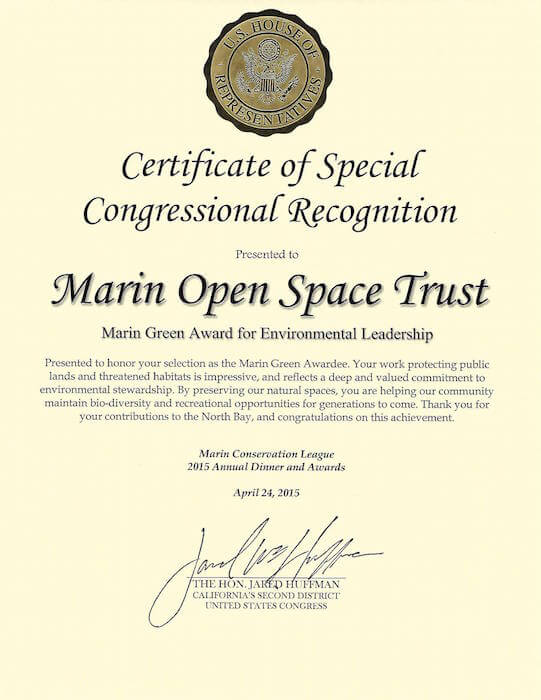